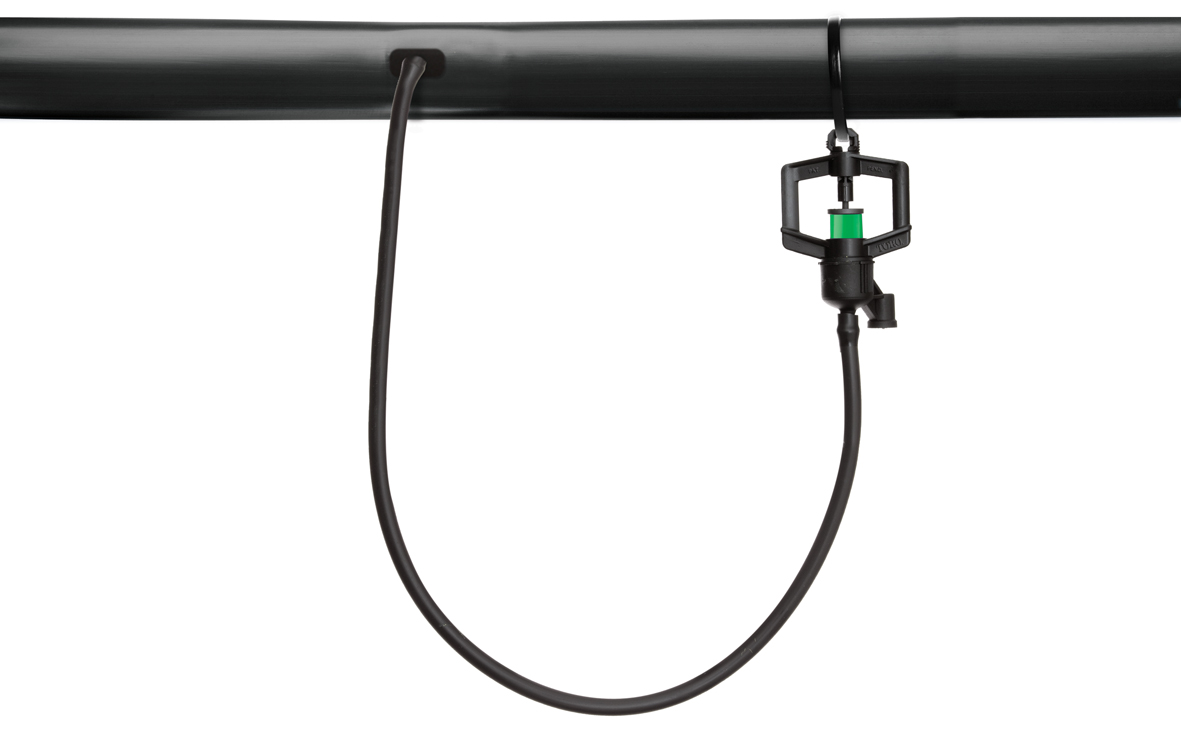 A new Toro Waterbird Macadamia Sprinkler has been released by Toro Australia.

The Toro Waterbird VI Macadamia Sprinkler is designed specifically for under tree irrigation of Macadamia trees.

Toro's National Accounts Manager for Irrigation, Geoff Allen, said the legendary Toro Waterbird Sprinkler was developed over 30 years ago as a replacement for overhead sprinklers.

"Over time the design has evolved to meet the changing needs of horticultural growers. This new variety of the Waterbird has a snap lock hook to allow for easy suspension from poly tube with a cable tie. An added bonus is that this prevents dislodging by machinery during harvest and spraying,” he said.

One of the major keys to the Waterbird's success over the years has been the mini sprinkler's ability to reduce water consumption with no loss in efficiency.

The Waterbird frame has off-set aerofoil shaped wings (shaped like those on an aeroplane) that divert water around the frame to minimise dry spots when irrigating. An anti-insect/dust proof spinner retracts to protect the nozzle when it is not in operation.

With a large droplet size and low angle of throw the mini sprinkler is less affected by wind and water distribution under the tree's foliage is maximised.

The Waterbird Macadamia sprinkler is available in three colour-coded flow rates (55, 76 and 99 Lph) and suits cable ties to 5 mm in width. A limited throw deflector for young trees is available. The mini sprinkler is also suited to irrigation of other crops.

For more information contact Geoff Allen on 0419 869 016. The Waterbird is available from authorised Toro Irrigation dealers.