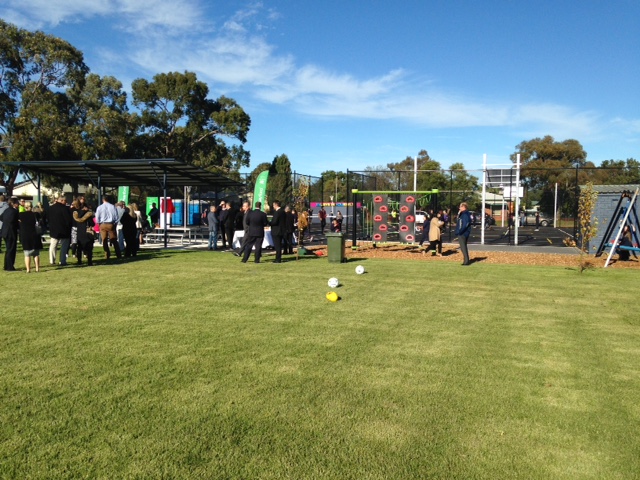 Thanks to a partnership between the Roger Rasheed Sports Foundation and the City of Playford, residents near Secombe Street Reserve in Elizabeth Grove, South Australia, now have a state of the art multi-use sports and recreation facility. Two multipurpose courts for tennis, basketball and netball, a running track, two hitting walls, an oval, playground equipment and picnic and barbecue areas were installed to create an area that can be enjoyed by children and their families.
The Secombe Street reserve had been vacant for 40 years.

The Roger Rasheed Sports Foundation's aim is to enrich the lives of underprivileged children through sport.